Will Winston-Salem Have a Flood of Foreclosures 2023? 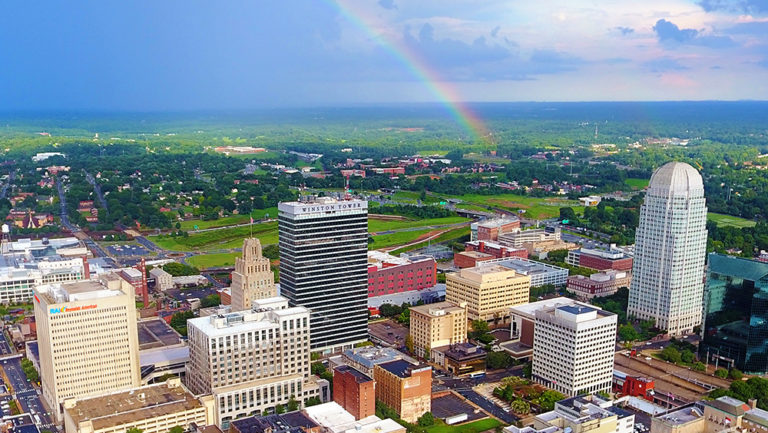 With the rapid shift that’s happened in the Winston-Salem housing market this year, some people are raising concerns that we’re destined for a repeat of the crash we saw in 2008. But in truth, there are many key differences between what’s happening today and the bubble in the early 2000s.

One of the reasons this isn’t like the last time is the number of foreclosures in the Winston-Salem market is much lower now. Here’s a look at why there won’t be a wave of foreclosures flooding the market.

Not as Many Winston-Salem Homeowners Are in Trouble This Time

After the last housing crash, over nine million households lost their homes nation wide due to a foreclosure, short sale, or because they gave it back to the bank. Thousands of those were in the Winston-Salem area.  This was, in large part, because of more relaxed lending standards where people could take out mortgages they ultimately couldn’t afford. Those lending practices led to a wave of distressed properties which made their way into the market and caused home values to plummet.

Today, revised lending standards have led to more qualified buyers. As a result, there are fewer homeowners who are behind on their mortgages. As Marina Walsh, Vice President of Industry Analysis at the Mortgage Bankers Association (MBA), says:

“For the second quarter in a row, the mortgage delinquency rate fell to its lowest level since MBA’s survey began in 1979 – declining to 3.45%. Foreclosure starts and loans in the process of foreclosure also dropped in the third quarter to levels further below their historical averages.”

While you may have seen recent stories about the number of foreclosures rising today, context is important. During the pandemic, many Winston-Salem homeowners were able to pause their mortgage payments using the forbearance program. The program gave homeowners facing difficulties extra time to get their finances in order and, in many cases, work out a plan with their lender.

With that program, many were concerned it would result in a wave of foreclosures coming to the market. That fear didn’t materialize. Data from the New York Fed shows there are still fewer foreclosures happening today than before the pandemic (see graph below): 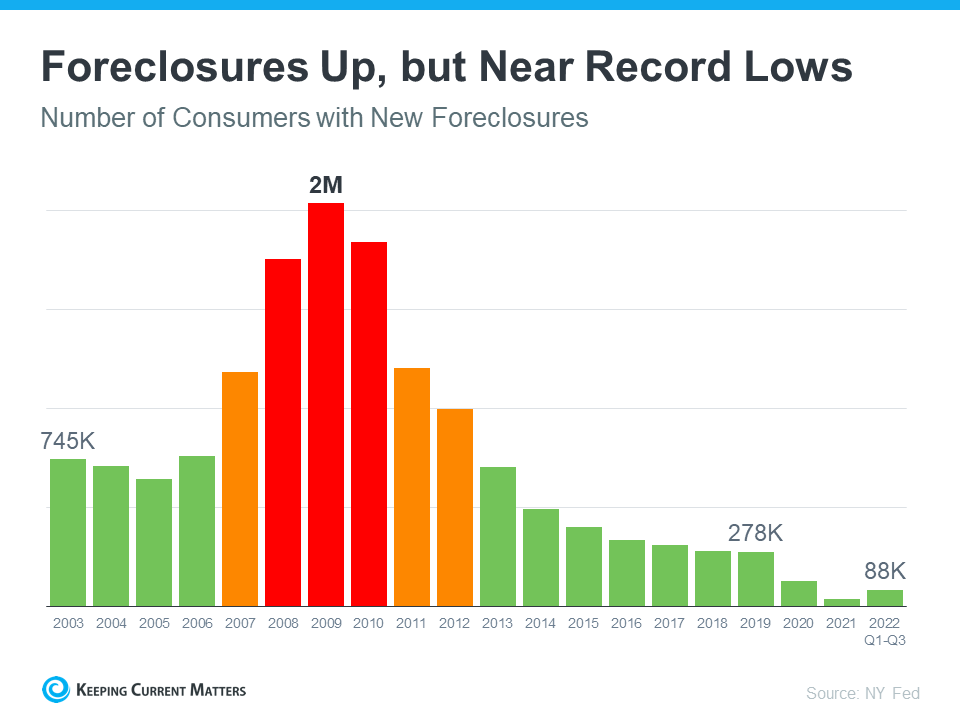 That means, while there are more foreclosures now compared to last year (when foreclosures were paused), the number is still well below what the housing market has seen in a more typical year, like 2017-2019.

And most importantly, the number we’re seeing now is still far below the number we saw during the market crash (shown in the red bars in the graph - 2008-2010). The big takeaway? Don’t let a headline in the news mislead you. While foreclosures are up year-over-year, historical context is essential to understanding the full picture.

Most Homeowners Have More Than Enough Equity To Sell Their Homes

Many homeowners today have enough equity to sell their homes instead of facing foreclosure. Due to rapidly rising home prices over the last two years, the average homeowner has gained record amounts of equity in their home. And if they’ve stayed in their homes even longer, they may have even more equity than they realize. As Ksenia Potapov, Economist at First American, says:

“Homeowners have very high levels of tappable home equity today, providing a cushion to withstand potential price declines, but also preventing housing distress from turning into a foreclosure. . . the result will likely be more of a foreclosure ‘trickle’ than a ‘tsunami.’”

A recent report from ATTOM Data explains it by going even deeper into the numbers:

“Only about 214,800 homeowners were facing possible foreclosure in the second quarter of 2022, or just four-tenths of one percent of the 58.2 million outstanding mortgages in the U.S. Of those facing foreclosure, about 195,400, or 91 percent, had at least some equity built up in their homes.”